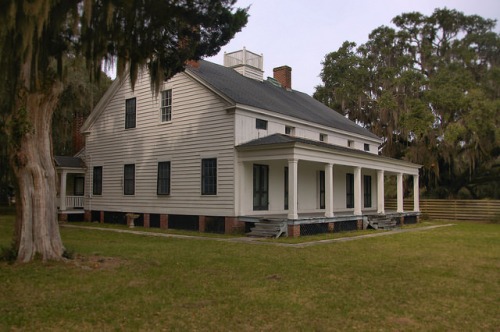 Overlooking Kilkenny Creek (sometimes referred to as the Kilkenny River), Kilkenny was the 662-arcre property of Thomas Young (1733-1808) beginning around 1765. Young was the son-in-law of the property’s original owner, James Maxwell, Jr. As Thomas Young was a Loyalist, Kilkenny was confiscated from him through the 1778 Acts of Attainder and sold to George Cubbedge. Intervention by Young’s friends returned the property to him, though he was prohibited from voting or holding office for 17 years. 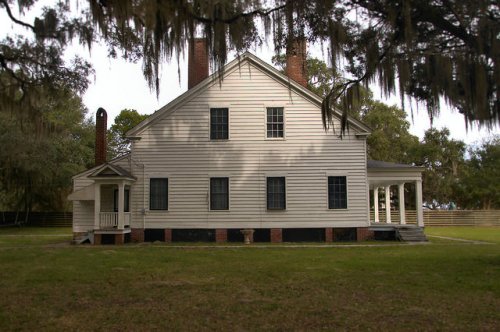 Young’s executors sold Kilkenny to Charles W. Rogers in 1836; Rogers then conveyed the property to his son, the Reverend Charles W. Rogers, Jr., and secured a nearby plantation, Cottenham, for his other son, William M. Rogers. It was used primarily for the production of Sea Island cotton. Little is known of the Rogers family today, though it is thought that Reverend Rogers spent very little time here. In 1850, Rogers’s 125 slaves were enumerated in the census, though he himself did not appear as a citizen of Bryan County. His plantation primarily produced food crops for the slaves. By 1860, Kilkenny was producing more cotton than any other property in the county and the value had increased five-fold, to $30,000. 153 slaves were enumerated in the 1860 census, but Rogers was still not listed as a citizen of Bryan County. By 1874, it had grown to 3,500 acres and was sold to James M. Butler. From this date onward, the property changed hands five times. When acquired by James H. Furber in 1890 the Kilkenny Club was established. (Locally, and on some maps, the area is still known as Kilkenny Club or Kilkenny Fishing Camp). A prominent later owner was Tennessee governor John I. Cox, who sold it to Henry Ford in 1931. Ford restored the property around this time, and it was apparently one of his favorites. 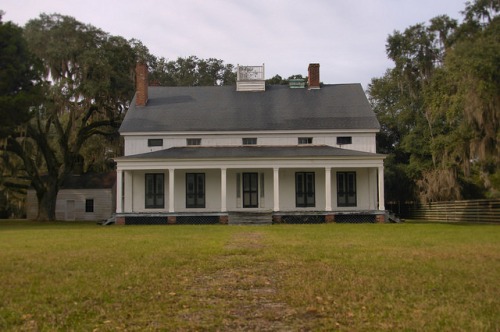 The house is unusual in this area because it’s neither Plantation Plain nor Sandhill Cottage style. Built with a four- over-four central hall plan, it’s weatherboarded on three sides and features vertical boards on the front. The main gable features a small widow’s walk. The most unusual feature is the placement of ten small horizotal (eyebrow) windows between the roof eaves and the porch roof. 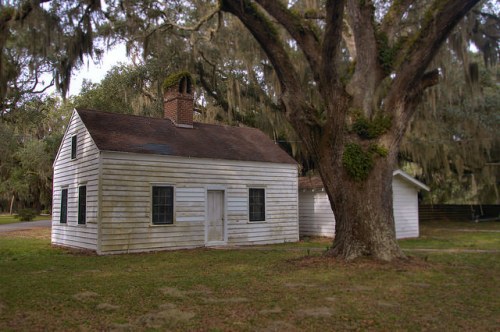 The kitchen (above photo) is among the most important remaining antebellum outbuildings on the Georgia coast. Though the exterior has been weatherboarded to match the house, the interior remains virtually untouched. Pegged beams are visible and a sleeping loft reachable by a crude stair-ladder is present. 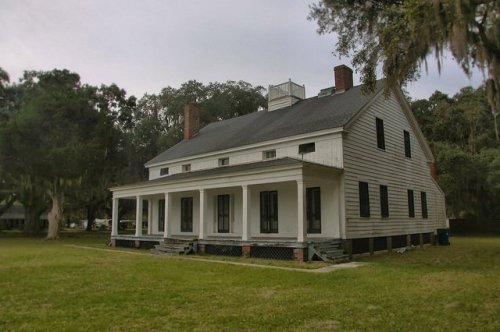 An oak driveway, or alley,  is one of the most impressive features of Kilkenny. 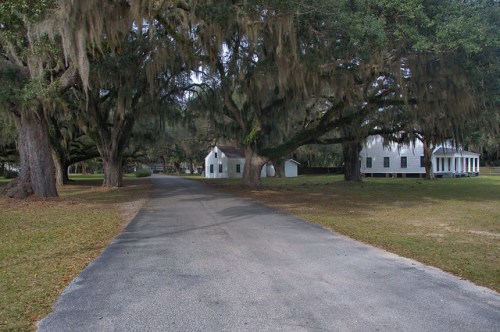 This is the view of Kilkenny Creek looking south from Kilkenny Bluff, in front of the house. 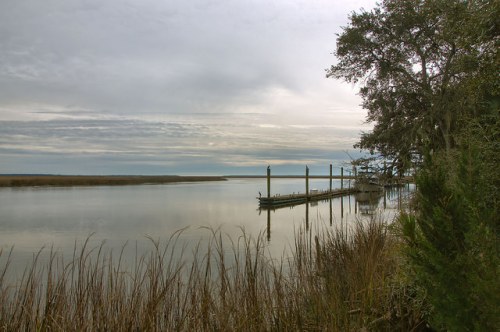