Solterra Cottage, the retreat of Frederic and Frances Baker, was built in 1890 and became known for its lavish parties, even hosting the newly-elected President William McKinley, along with his wife and the Vice-President’s family, in 1899. A fire consumed the cottage in 1914, but this dovecote survived. Over the years, it was moved several times but has finally been placed between the ruins of Chicota and Hollybourne Cottage, near its original location. 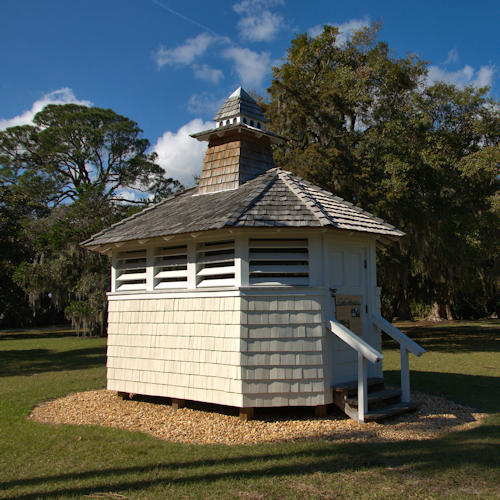