Charles Wakeman was a pioneer in the burgeoning automobile industry in Savannah. As early as 1911 he was listed as a partner in the Sawyer Auto Livery Company.

This delightful house, located on Kavanaugh Park, is one of the most iconic residences in Ardsley Park.

Savannah High School traces its origins to Chatham Academy, a school chartered in 1788. During the Great Depression, this campus was built by the Public Works Administration around the foundation of a hotel whose developers went bankrupt. It was said to be the largest public school building in the United States at the time.

The school was integrated relatively early, in 1963, by twelve African-American students. In 1997, Savannah High relocated and this campus became the Savannah Arts Academy. 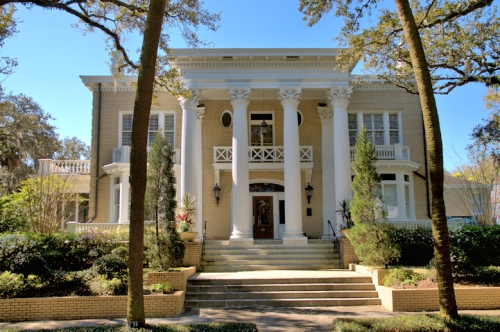 Harry Hays Lattimore and William Lattimore were the principal developers of Ardsley Park through their ownership of the Ardsley Park Land Corporation. This Neoclassical Revival mansion is one of the most recognizable houses in the neighborhood. 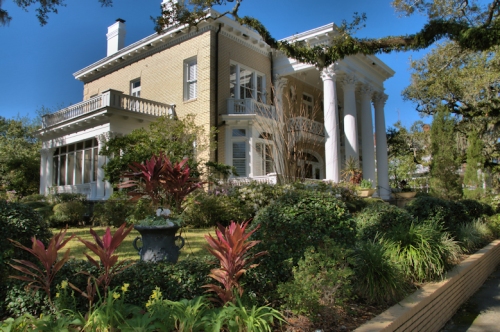 200 former slaves from Jacob Waldburg’s plantation on St. Catherines Island first settled in the White Bluff area between the Little Ogeechee and Vernon Rivers in 1868. After purchasing 200 acres from John Nicholson in 1878, the community was first known as Nicholsonboro, then Nicholsonville. A church was established here by 1883 and the original (not pictured) still stands in poor but stable condition. The present structure, dating to circa 1890, is the most significant remaining landmark of the historic community. 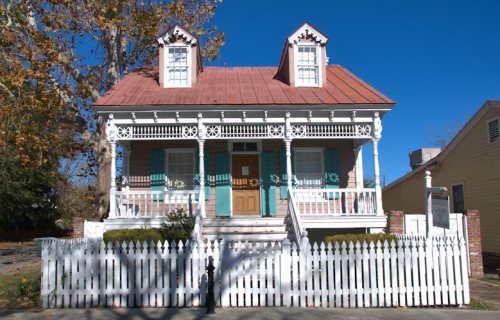 Moved in 1970 to save it from demolition, this ornate Victorian cottage was built by W. W. Aimar. It is known today as the King-Tisdell Cottage for Eugene and Sara King, and Mrs. King’s second husband, Robert Tisdell. It is now home to the Museum of Black History and is an integral part of Savannah’s most historic 19th century African-American neighborhood.

These Queen Anne rowhouses have recently been restored.