From atop the Tybee Lighthouse one can take in 360-degree views of the island.

Georgia’s oldest and tallest [145 feet] lighthouse is the symbol of Tybee Island and one of the most fascinating places to visit on the coast. Climbing the 178 steps to the top is an effort but one which pays off with wonderful views of the island and the Atlantic Ocean. 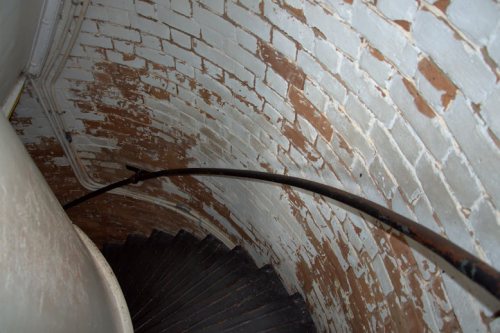 There are landings every 25 steps in case you need to rest or if you just want to see the island from different perspectives.

Because its complex of supporting structures remain intact, the property around the Tybee Lighthouse is officially referred to as the Tybee Island Light Station.

The lower sixty feet of the iconic structure date to John Mulryne’s construction of 1773, which was a replacement for two previous lighthouses (the first of which was built for James Oglethorpe in 1736). So strategic and important to the future growth of Georgia was the placement of a lighthouse at the confluence of the Atlantic Ocean and the Savannah River that General Oglethorpe threatened to hang the incompetent builder of the first beacon. Numerous modifications and additions have been made over the ensuing two centuries. Notably, Confederates burned the lighthouse in 1861 to prevent its use by Union troops; in 1867, 85 feet were added to the 1773 base to bring the lighthouse to its present height.

The Stick Style Head Keeper’s Cottage was built in 1881.

The house was built with an attached kitchen, known as a “summer kitchen”. Its location at the rear of the dwelling helped keep heat out of the house during the summer.

The master bedroom is located downstairs.

The oldest structure on the property is the original summer kitchen, dating to 1812. It was used until 1910 and now houses archaeological treasures found on site over the years.

The fuel storage shed was built in 1890. 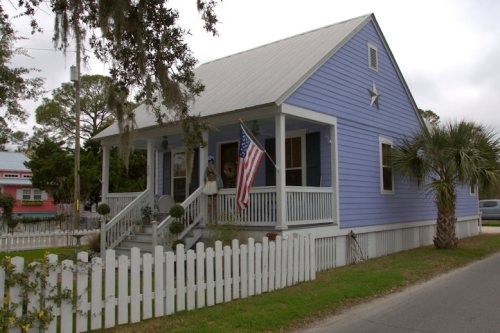 This cottage is sandwiched between Solomon and Van Horn Avenues. I first thought it dated to the early 1900s, but recently learned that the original structure on this site burned in 2007. I assume this is a reconstruction but it’s still a great structure.

This is now a vacation rental known as the Screened Inn. 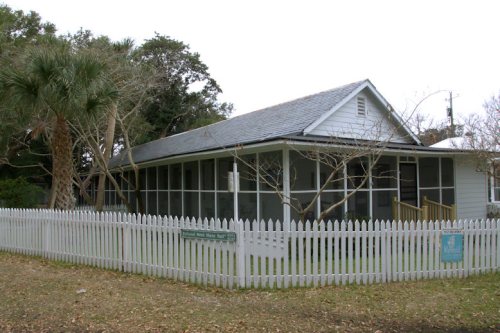 This is a preliminary identification. I’ll be photographing/rephotographing the Fort Screven district soon, and will be updating structures as I learn more about them.

The old post firehouse is now home to the Tybee Arts Association and the Jim Ingham Black Box Theatre.