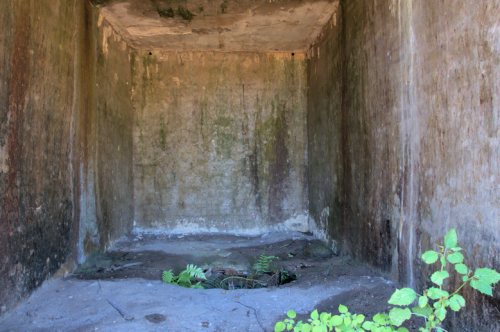 On the Townsend-Jones road, a sandy washboard that cuts through the middle of nowhere, the only evidence of human presence is a limitless supply of hand-painted signs that mark hunting leases with names like Canal Cut Thru and Rocking Chair. But a few miles in, there’s an unusual brick structure, decidedly out of place. It’s the last tangible evidence of the logging settlement known as Warsaw, so busy at one time that the Seaboard Air Line Railroad ran track through here.

A sawmill and an office were the centerpiece of the community, which was established in 1925. It was essentially a work camp that likely included employee housing. In 1934, a 12-foot flywheel disengaged during operation, ripped the mill apart, and started a fire. The operation continued, on a smaller scale, until 1936. All that remains today is the company vault.