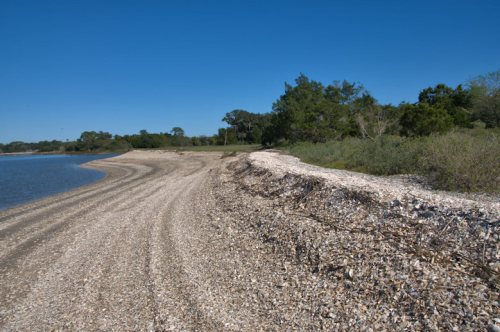 Located on Jekyll Creek, Shark Tooth Beach is perhaps the least known beach on the island, likely because it’s not a beach in the traditional sense. It gets its name from the prehistoric shark’s teeth commonly found here. 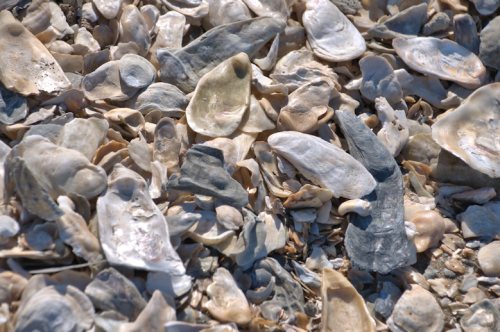 There’s no sign pointing you to Shark Tooth Beach. The name doesn’t even officially exist on maps and charts, but judging by the number of people who had found their way here at the time I visited, it isn’t as unknown as it once was. Still, it requires a hike or bike ride of about a mile. No motor vehicles are allowed.

The beach is littered with oyster shells and the remains of other marine life. Wrack dominates the high end of the tide line. 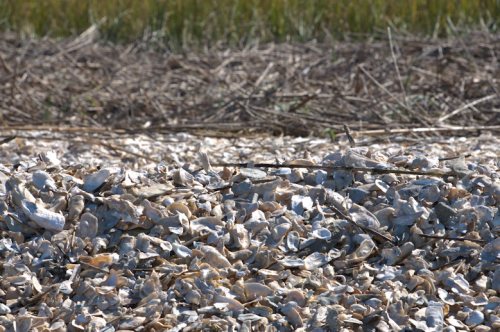 If you’re looking for isolation on Jekyll Island, and don’t mind the short hike, this may become one of your favorite spots.

The entrance to Shark Tooth Beach is located slightly south of the entrance to Summer Waves water park . Look for a simple gate on the right side of the road. You can park near the gate. Follow the trail to its end and you will reach the site. Shoes are strongly suggested as cacti and other sticky plants dominate sections of the trail, not to mention the sharp shells and other detritus on the beach.