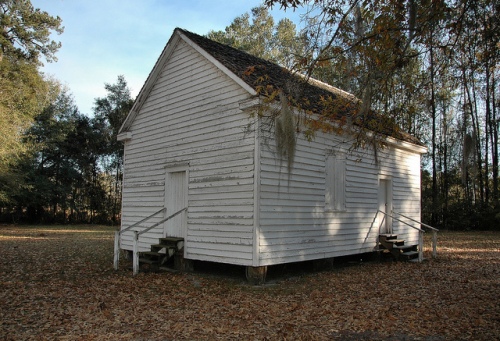 This is among the most historically important African-American vernacular schoolhouses still standing in Georgia, similar in style to the Needwood School in Glynn County.

Seabrook Village is a recreated African-American community, and one of the most unique living history museums in Georgia. While it may seem abandoned and in a state of disrepair, it’s actually an authentic look into the challenges most black Georgians faced on a daily basis from the first generation after slavery until the 1930s. The Seabrook community was established through land grants dictated in General William T. Shermans Field Order 15 in 1865. This was the policy which became known as “Forty Acres and a Mule” and it afforded many former slaves the opportunity to settle land they had once worked as laborers.