I was lucky enough to be on Jekyll Island this weekend for the release of two rehabilitated “patients” by the great folks at the Georgia Sea Turtle Center. A large crowd was on hand to witness this special event. 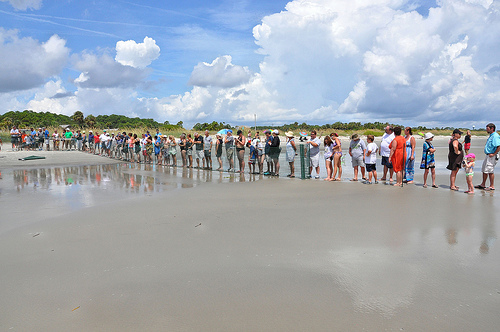 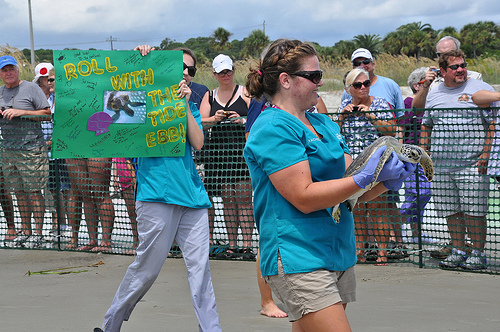 The first of the two releases was an immature Green Sea Turtle (Chelonia mydas) named Ebb. Ebb was found in a tidal pool on Jekyll Island on 7 July 2013 and was a bit anemic. 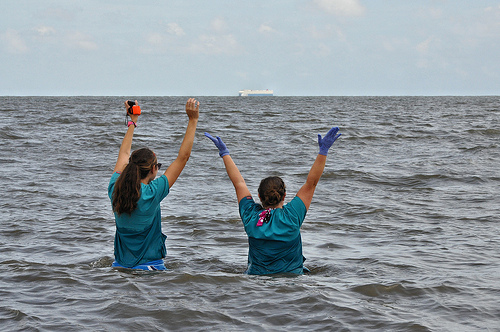 The second patient to be returned to the Atlantic Ocean was Cinnamon, a Loggerhead Sea Turtle (Caretta caretta). The sub-adult turtle, approximately 15 years old, was found stranded on Blackbeard Island on 29 June 2013 and was rehabilitated at the Georgia Sea Turtle Center’s Turtle Hospital. 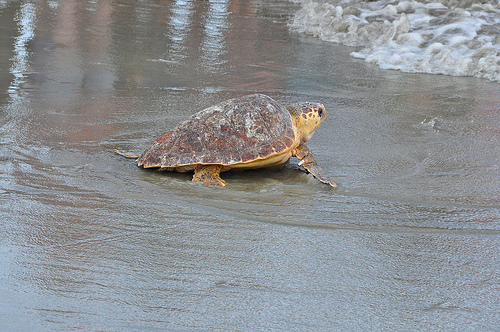 The work of the center is ongoing, including perhaps the most important work of all, the monitoring of sea turtle nests around the island and on other barrier islands. Nesting appears to have steadily increased since the work was initiated, and for the fourth consecutive year a record number have been recorded. 2,241 have been monitored this year!

Please visit the Georgia Sea Turtle Center when you find yourself on Jekyll Island. It’s some of the best work the state of Georgia does and though admission to the hospital is a bit expensive, all the monies are used exclusively for the educational and rehabilitative mission of the center. They’re located at the old Jekyll Island Power Plant (1903), which is listed on the National Register of Historic Places.