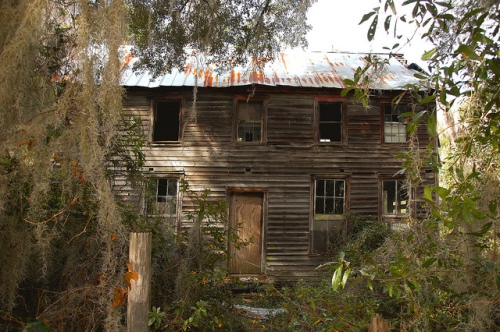 This house likely dates to the 1870s, but that is just a guess; it could be 1850s. Bobbie Spikes identified it as her grandparents’ home when I first published the images in 2012. Teresa LaRoche Riley, whose father grew up here as well, recently shared a photo of the house on Facebook and that gave me the encouragement I needed to consolidate all my photos into one post. It is likely beyond repair, but it’s a wonderful remnant of a lost generation in Coastal Georgia. 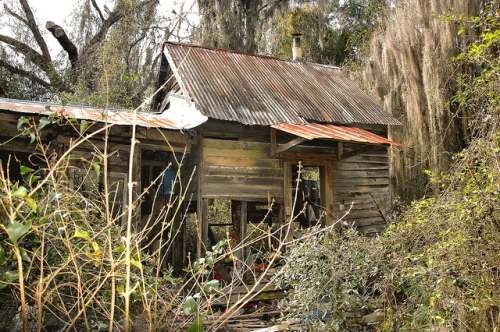 An interior view indicates it was occupied as recently as 20-25 years ago.

The photos above were originally made around 2011. Below is an image from November 2018.